The 2022 ICC Cricket World Cup Qualifier is an upcoming cricket tournament scheduled to take place in 2022, to decide the final qualification for the 2023 World Cup.[1][2] The host of the tournament is yet to be confirmed.[3]

In September 2018, the International Cricket Council (ICC) confirmed that all matches in the qualifier tournament will have One Day International ODI status, regardless if a team does not have ODI status prior to the start of the event.[7][8] 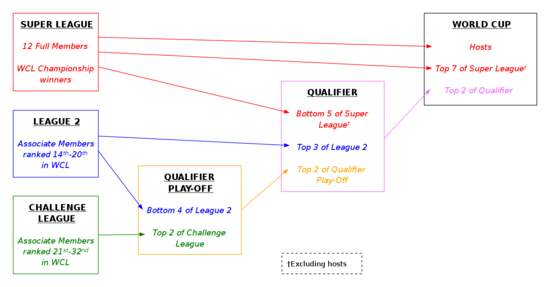