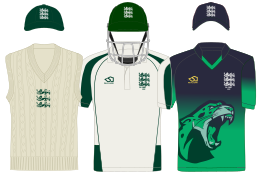 Dorset County Cricket Club is one of twenty minor county clubs within the domestic cricket structure of England and Wales. It represents the historic county of Dorset.

The team is currently a member of the Minor Counties Championship Western Division and plays in the MCCA Knockout Trophy. Dorset played List A matches occasionally from 1968 until 2004 but is not classified as a List A team per se.[1]

The club is currently without a permanent ground so it uses several club grounds inside the historic county boundaries, where they play their home matches.

Cricket must have reached Dorset via neighbouring Hampshire by the end of the 17th century.

An advertisement in the Sherborne Mercury dated Tuesday 9 May 1738 is the earliest reference for cricket in Dorset. Twelve Dorchester men at Ridgway Races challenged twelve men from elsewhere to play them at cricket for the prize of twelve pairs of gloves valued at a shilling a pair.

According to Wisden there was county organisation in existence in either 1862 or 1871. The present Dorset CCC was founded on 5 February 1896 and first entered the Minor Counties Championship in 1902.

Dorset has won the Minor Counties Championship twice, in 2000 and 2010.

Dorset has won the MCCA Knockout Trophy once since its inception in 1983. It won in 1988.

The following Dorset cricketers have also had notable careers at first-class level:

The club currently plays its home matches at several venues during the season which include: